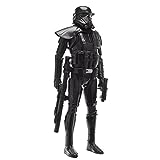 Feel the Force of the latest epic Star Wars movie with these 45cm Rogue One Figures. Death Troopers rank amongst the elite of the Imperial Forces.  Team him up with other 45cm figures for Star Wars battles on a massive scale. This huge poseable figure’s ideal for young Jedi’s aged three and up.

Super Trooper Poncho in White and Blue.Available in One Size Only. by Smiffy’s 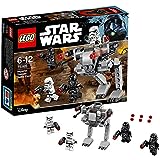 Hop onto the Imperial walker, arm the shooters and set out on a mission to defeat those pesky Rebels! If you need backup, call in the troopers armed with their stud blasters to ensure victory is yours!